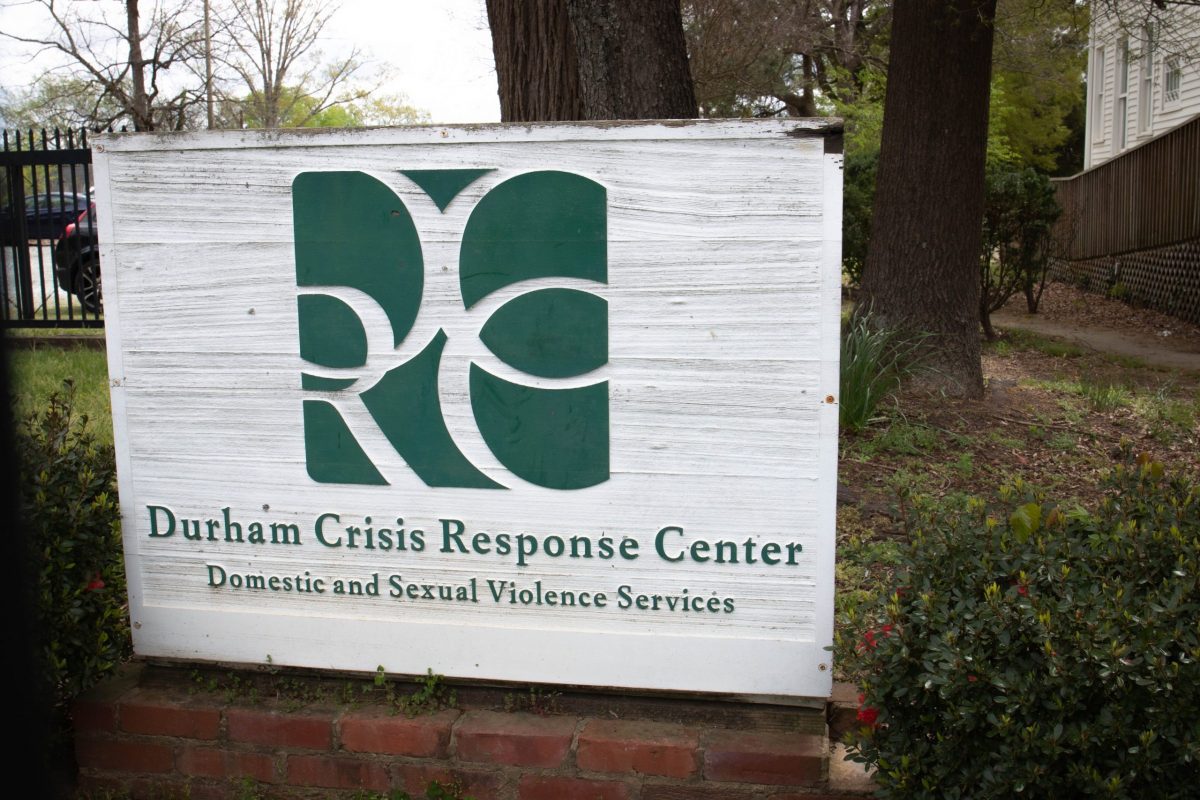 Stay-at-home orders during the coronavirus pandemic present a dangerous reality for victims of domestic violence: a government mandate to remain at home, in an isolated space, with their abuser.

Across the country, there has been an uptick in domestic violence cases, and Durham is no different. According to Beth Moracco, a researcher at the Gillings School of Global Public Health at University of North Carolina, Chapel Hill, there have been more domestic violence calls in recent weeks and the violence reported is more severe than usual.

“What I am seeing, which is horribly alarming, is the uptick in the number of domestic violence homicides or attempted homicides,” she said in an email.

Satkowiak pointed to an example in Johnston County. The last domestic violence-related homicide there was in 2012, but in the past month, there have been two incidents: a homicide and a standoff with the police.

Domestic violence victims are exempted from both Durham’s stay-at-home order and the statewide stay-at-home order. The Durham order has been in place for nearly a month, and Mayor Steve Schewel has encouraged people experiencing domestic violence to seek resources and shelter. It’s one of several steps the local government and non-profit groups are taking to protect a highly vulnerable group of people at a time when many in-person services are on hold.

“Under the stay at home order we are all feeling increasingly isolated, and survivors are often isolated to begin with,” Moracco said. She added that the most important thing to help people is “being able to break that isolation and let survivors know that resources are still available and support is still available.”

Moracco said she has been impressed with the online resources available to support victims. One benefit of the Durham County court system is the ability to file a domestic violence protective order online, a program that has been in place since 2017. Protective orders require perpetrators to stay away from victims or risk being arrested by law enforcement.

Satkowiak said that across the state, agencies in 14 counties that allow online filings have reported fewer domestic violence protective orders in recent weeks.

“These stay at home orders … restrict movement for victims of violence and prevent them from being able to seek assistance,” she said. “It’s too complicated at some point for them to reach out for help. So that is alarming.”

“We are still here, we are still prosecuting cases and we will be there to help you during this time,” said District Attorney Santana Deberry in a video statement.

How Durham’s shelter is responding

The Durham Crisis Response Center is the only domestic violence shelter in the city. Its emergency shelter, which has 17 beds, remains open.

Executive Director Kent Wallace-Meggs said residents and employees are following social distancing protocols. The center also has a temporary agreement with some hotels in Durham for people to stay, though funds to support the program are limited, Wallace-Meggs said.

The center has moved quickly to offer support online and via phone. Employees and volunteers are running the 24-help hotline remotely from their homes. In 2019, the hotline received 5,970 calls. Wallace-Meggs did not provide the number of calls so far this year or during the pandemic.

Counseling sessions are being held remotely and the center is not taking walk-ins for other services like legal advocacy, assistance with filing or support groups until further notice.

Wallace-Meggs said that those experiencing domestic violence are particularly vulnerable because the pandemic presents an opportunity for their perpetrator to manipulate their situation.

“Abuse is all about control,” he said. “During this outbreak, the abuser can use it as a form of control, keeping hand sanitizer away from the person and sharing information with them and filtering the information that they are receiving.”

Moracco said she is especially concerned about more vulnerable people, such as those with disabilities or undocumented individuals.

She said any changes in circumstance during the pandemic have implications for domestic violence survivors.

One safety tactic to help people who may be under strict surveillance by an abuser is to develop a signal to friends or neighbors that indicates they need help.

If an individual at a hospital is identified as a victim of sexual assault or domestic violence, the center typically sends an advocate to the hospital to meet with the individual. Wallace-Meggs is working with hospitals to offer this service over the phone or through an online video chat.

Online services offer more opportunities for outreach, as well. Through online counselling, support groups and other resources, Moracco has seen an increase in accessibility for people who have restricted access to transportation or live far from service providers.

She said  the pandemic highlights the need for long-term planning for domestic violence survivors during future pandemics or natural disasters.

Despite the many challenges, Moracco said she has been inspired by the resources made available in Durham and quick plans to adapt services. “What’s been really encouraging to see,” she said, “is how quickly and how well communities have responded to the changing situation.”

If you are experiencing domestic violence, call the Durham Crisis Center’s 24-hour helpline at 919-403-6562 (for Spanish: 919-519-3735). For more North Carolina resources, visit the North Carolina Coalition Against Domestic Violence website.