Home » Are local book stores endangered? Not in Durham 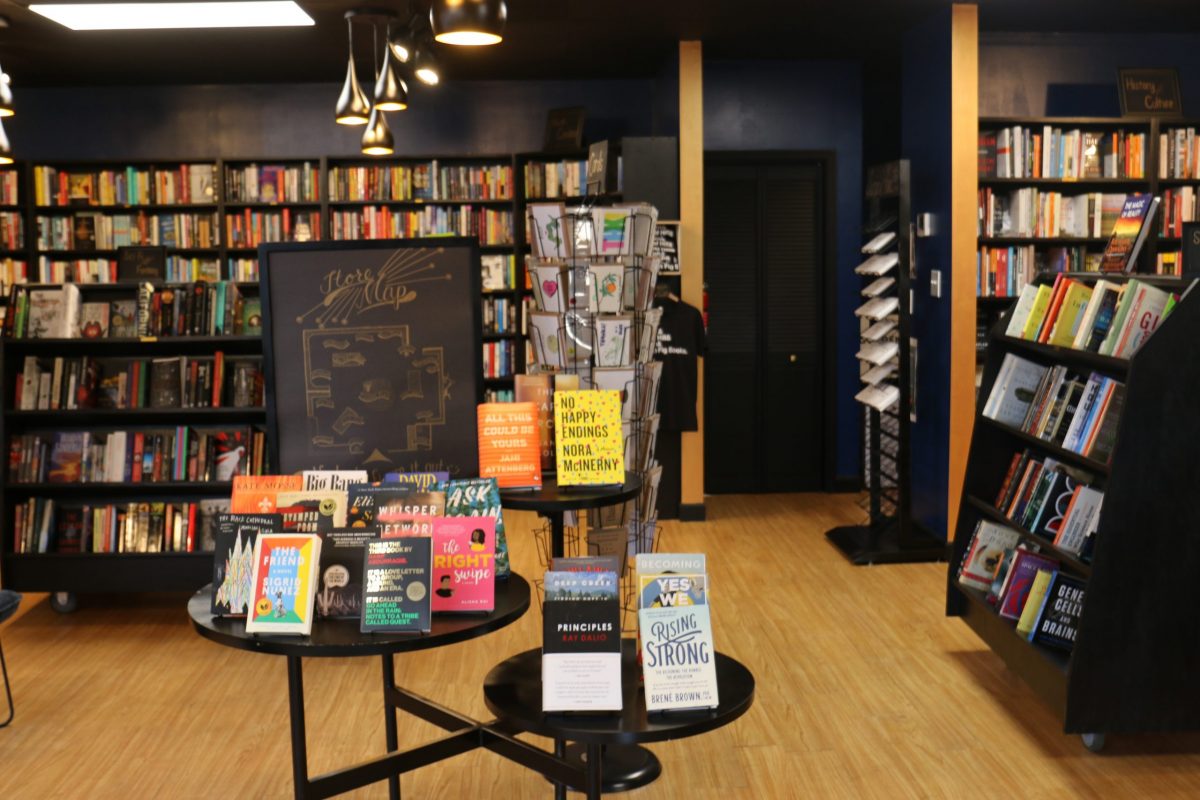 Are local book stores endangered? Not in Durham

Ever since large chain bookstores and Amazon took over the bookselling market, popular culture has often relegated the independent bookstore to a thing of the past, painting it as a quiet space filled with stacks of aging, dusty books.

In reality, independent bookstores are thriving  — especially in Durham, where there are at least five, including one that opened just last year.

In fact, there was a 35% increase in the number of independent bookstores in the U.S. between 2009 and 2015, and their profits have continued to rise, according to the American Booksellers Association.

Durham authors, researchers and bookstore owners say that independent bookstores continue to be successful because they serve as community hubs, each with their own distinct personality and specific niche of books.

“Independent bookstores simply are cultural centers and community resources in a way an online retailer is not,” said Orin Starn, a history and cultural anthropology professor at Duke University who has published several books and sold them at The Regulator in Durham.

Over the past several decades, the bookselling industry has seen drastic changes. In the 1970s, almost every bookstore in the country was independent, owned and operated by locals, according to a 2017 Harvard study.

When chain bookstores like Barnes & Noble and Borders opened in the 1990s and offered customers a more convenient book buying experience, many independent stores went out of business. The creation of Amazon exacerbated their decline: The number of independent stores fell 43% between 1995 and 2000, according to the American Booksellers Association.

Then, things changed. Amazon’s cheap prices and quick delivery pushed chain bookstores out. Borders went out of business in 2011; Barnes & Noble has been suffering from declining sales for the past five years.

Meanwhile, independent bookstores reemerged as a small but significant player.

“People like to live in the physical world and not always on the computer,” said Land Arnold, owner of Durham’s Letters Bookshop.

Besides providing a physical space to browse, independent bookstores appeal to their local customers by promoting a sense of community through events, including author talks and open mic nights. Most also sell merchandise like vintage ads, postcards, buttons, and stationary.

Starn, the Duke professor and author, said “bookstores have been a magnificent thing for Durham by providing community events and supporting local authors with book rollout parties.”

Bradley said Durham bookstores are successful because they each create unique experiences for customers.

“There should be certain values that each bookstore holds, a different ambience and an eye on developing trends and interests within the community,” he said.

In addition to used books, Golden Fig Books sells t-shirts, pin and tote bags, and hosts community events such as author talks and literary trivia nights. Bradley said he thinks there’s an “increased appetite” in the Triangle for these community spaces.

“My main competition is getting the word out about my bookstore and being noticed in the marketplace,” Bradley said.

Other bookstores in Durham utilize similar strategies to attract customers. The Regulator Bookshop, near Duke University, has been around since 1976. It hosts events like story time for children and a poetry series. It also offers discounts for students and teachers and provides books to local organizations like the Durham Literacy Center and the N.C. Women’s Prison Book Project.

Wentworth and Leggett Books, which has been in Durham for 37 years, specializes in antiquarian books, hosts live music, and sells antique maps, postcards, prints, and magazine ads.

For many customers, these places have become resilient community anchors — and a better alternative to shopping online.

“People don’t want to buy their books in a cookie cutter way,” Starn said. “In an independent bookstore, you can see people you know, pick up books, start to read them, and browse in a way that is somehow not exactly the same experience as online.”