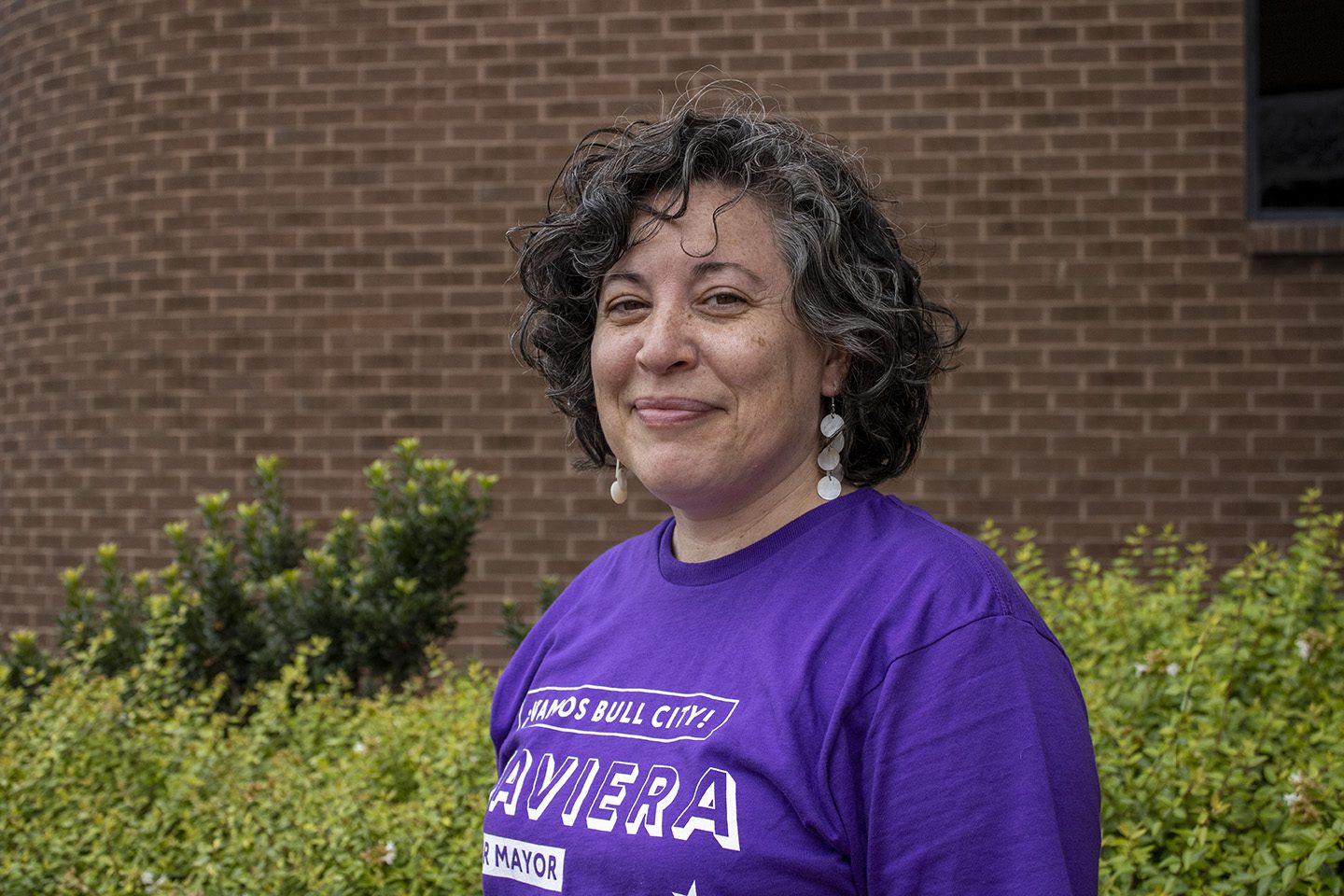 Caballero, a City Council member, announced her decision in a statement released Monday morning. While her name will appear on the Nov. 2 general election ballot, she is no longer campaigning and plans to stay in her City Council seat.

Two weeks ago, many felt the race for mayor was close. Caballero held endorsements from the People’s Alliance PAC, Mayor Steve Schewel, and the Durham Association of Educators. O’Neal, a former judge and the race’s other major candidate, received endorsements from the Durham Committee on the Affairs of Black People, Indy Week, Friends of Durham, and former Mayor Bill Bell.

But then last week’s primary election brought surprising results. O’Neal toppled any illusion of equal support, garnering 68% of the vote, leaving Caballero in distant second place with only 25% of the vote. Both O’Neal and Caballero soundly beat the other five candidates on the primary ballot to advance to the November general election.

Caballero became the first Latina city council member in North Carolina after she was appointed in 2018 to fill Schewel’s council seat. She was then re-elected to a four-year term in 2019. If she had been elected as Durham mayor, she would have been the first Latina to serve in the office in Durham or any municipality in the Southeast outside of Florida.

“I congratulate Judge O’Neal on her strong performance in the primary election. I know that we share many values. She has a long record of service to the community,” Caballero said in her statement. “It is my hope and expectation that she and I will work as partners to move our city forward.”

Schewel said he is almost certain O’Neal will win in November, and said there are multiple reasons why the primary’s margin was so large after the playing field seemed even. For one, O’Neal announced her candidacy back in January and Caballero filed on Aug. 13. He said the almost eight-month difference gave Caballero a late start she evidently could not overcome.

Further, O’Neal has prioritized fighting gun violence and violent crime in her campaign. As a Durham native and former judge, she claims to understand the community and the pain it’s endured as gun violence has risen over the past year.

“Durham residents are really concerned about community safety and Elaine has really built her campaign around that,” Schewel said. “Elaine is a really strong candidate and has deep roots in the community and is highly respected.”

Schewel said he is proud of Caballero for her decision to suspend her campaign, and that it was the right thing to do. Going forward, he is throwing his support behind O’Neal to aid her transition to office.

“[O’Neal] is going to win in November, and she is going to be a great mayor,” Schewel said. “I’ve already spoken with Elaine this morning and let her know that I will be here to help her in whatever way I can.”

Correction: The story has been updated to indicate that Indy Week endorsed O’Neal, not Caballero, and that O’Neal announced her intention in January but did not actually file then, as the original version indicated.